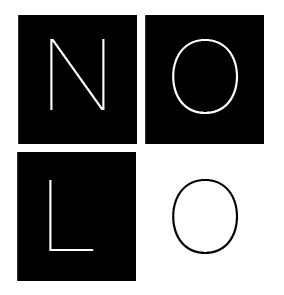 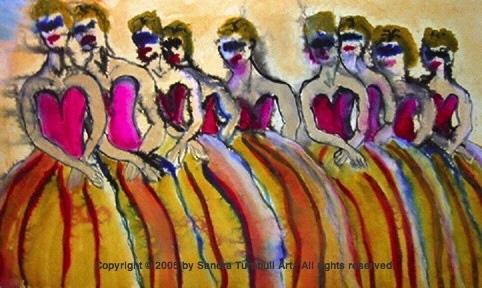 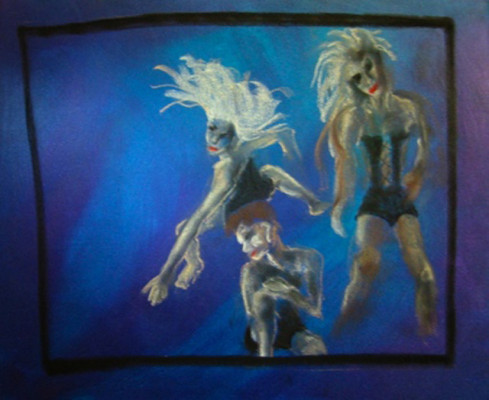 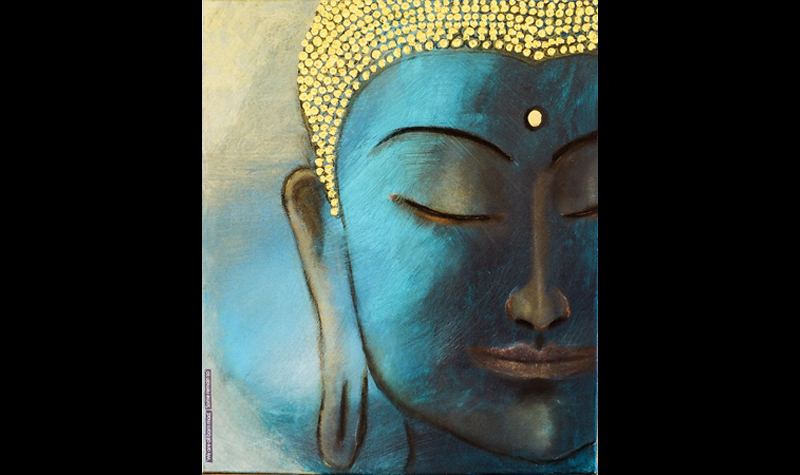 Snapshot moments remain, prompted by an emotion, colour, shape, a sound. Adding collage to the repertoire , brings another dimension to my work.

Before becoming a full time artist, I worked in the music industry, managing talent including Eurythmics, Shakespeare’s Sister and Londonbeat. Since then I have spent timestudying the body; through yoga, pilates and Iaido, a practice that helps develop freedom of mind and body. Through strict discipline I am learning to keep the mind fluid and loosen the confines of outer reality. I believe painting can alter our mood and open a dialogue with the unconscious mind. The viewer responds from a deep place or moves on. It’s all alright.

For me, creating and viewing Art is about letting go, abandoning restraint and just being in the moment.

Comfort to the soul, Inspiration to the senses, sustenance from one moment to the next, – these are the morsels we all crave. Takashimaya

2013 Elvis – I Love You Because at The A Side B Side Gallery, London E8  Curator Harry Pye

2013 Mothers – The Other Art Fair London

Designed by I Web Designs